For over forty years, the Bonura name has been synonymous with outstanding food and exceptional service.

The journey began with Joseph Bonura Sr. in 1972 with a Perkins Pancake House in Newburgh, NY. In five short years, there were a total of six Perkins that were shortly followed by Mr. B’s, a steak and seafood restaurant. In 1982 the success continued with opening of Anthony’s Pier 9, the largest event facility in the Hudson Valley.

After attending college, Joe’s children began taking principal roles in the company and began building what is now the Bonura Hospitality Group. Joseph Bonura Sr. along with his two sons, Joseph Bonura Jr. and Michael Bonura, and daughter Mary Caster Bonura expanded the business into luxury catering and social events with the addition of The Grandview, The Poughkeepsie Grand Hotel, West Hills Country Club, and Shadows on the Hudson.

In 2014, Joseph Bonura Sr. took over the restaurant property known as Torches on the Hudson with a vision to create a concept that harmoniously married the core values of Bonura Hospitality along with his passion for market fresh fish. After meticulous research and development, Blu Pointe opened in April of 2015. Now led by General Manager Jeffrey Greene and his culinary team, Blu Pointe offers a farm-to-table menu featuring fresh seafood, prime beef, a raw bar station in our cocktail lounge, private dining rooms, local craft beers & spirits, and a riverside outdoor bar.

At Blu Pointe we strive to provide options that allow our guests to enjoy healthier eating habits and lifestyles. Food is an essential part of everyone’s day and we want our guest to allow us to be a part of theirs. We take pride in educating our staff on why we have chosen certain ingredients and cooking methods. This allows our guests to know exactly what they are enjoying and where it was sourced. 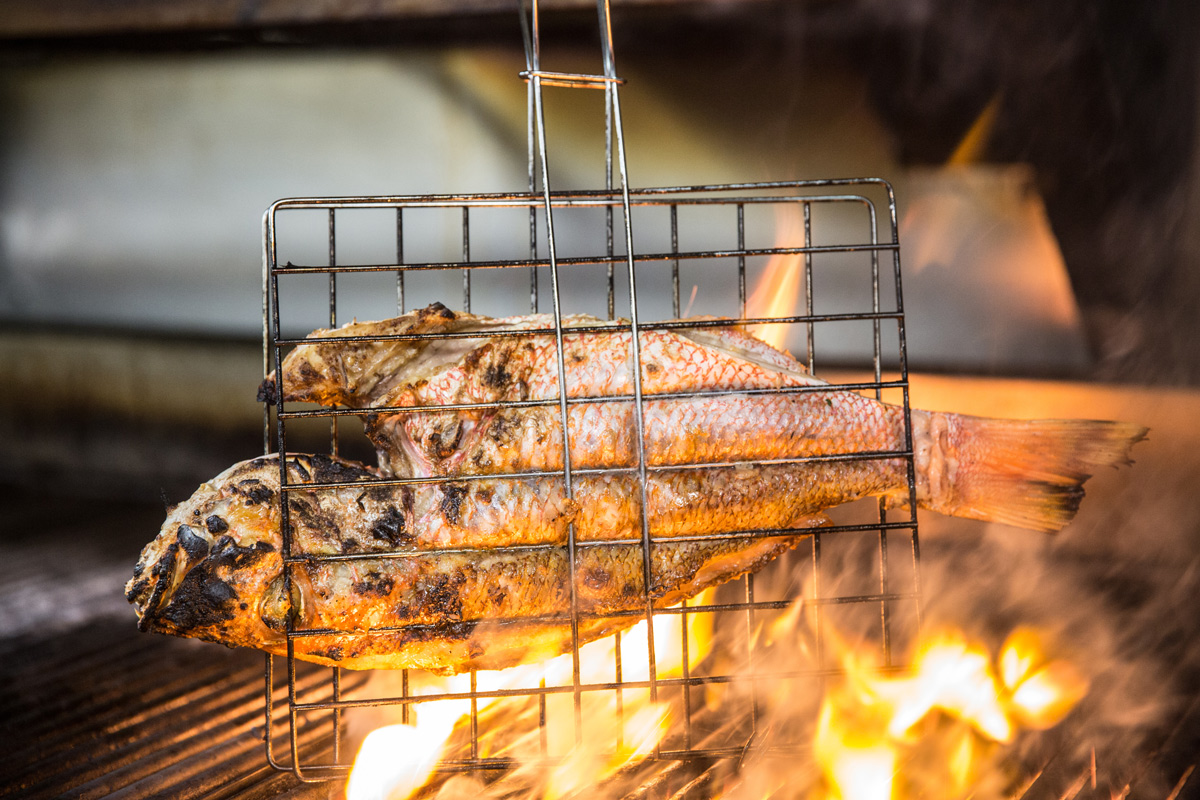 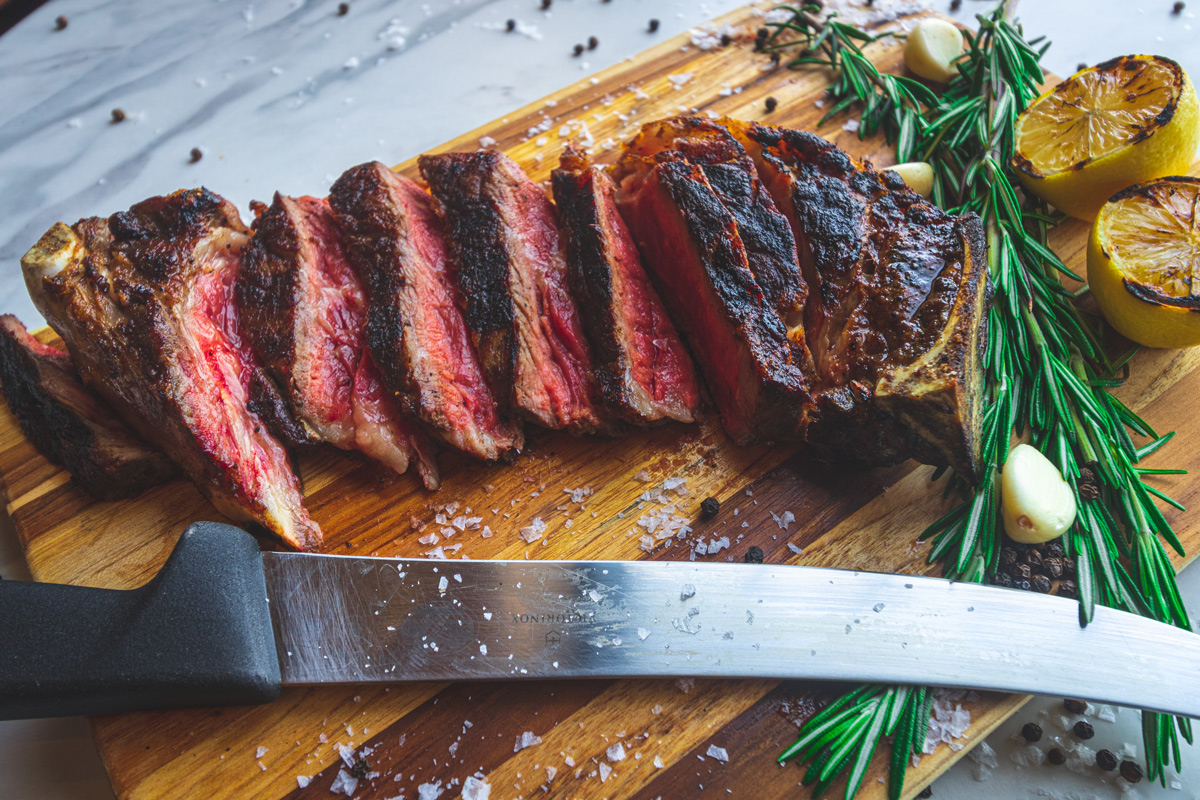 We only serve USDA Prime beef at Blu Pointe. We occasionally feature a selection of American and Australian Wagyu beef. These rich and intensely marbled cuts of beef create a mouth-watering culinary experience that keeps our guests coming back for more.

There’s nothing better than dining on our riverside terrace and enjoying a freshly hand shucked shellfish tower. Our interactive Raw Bar station, located in our fireside cocktail lounge, features east and west coast oysters, Long Island Clams, Maine Lobster, Alaskan King Crab and Gulf Shrimp. This provides the opportunity for our guests to see their fresh whole fish displayed and shellfish towers being made to order. 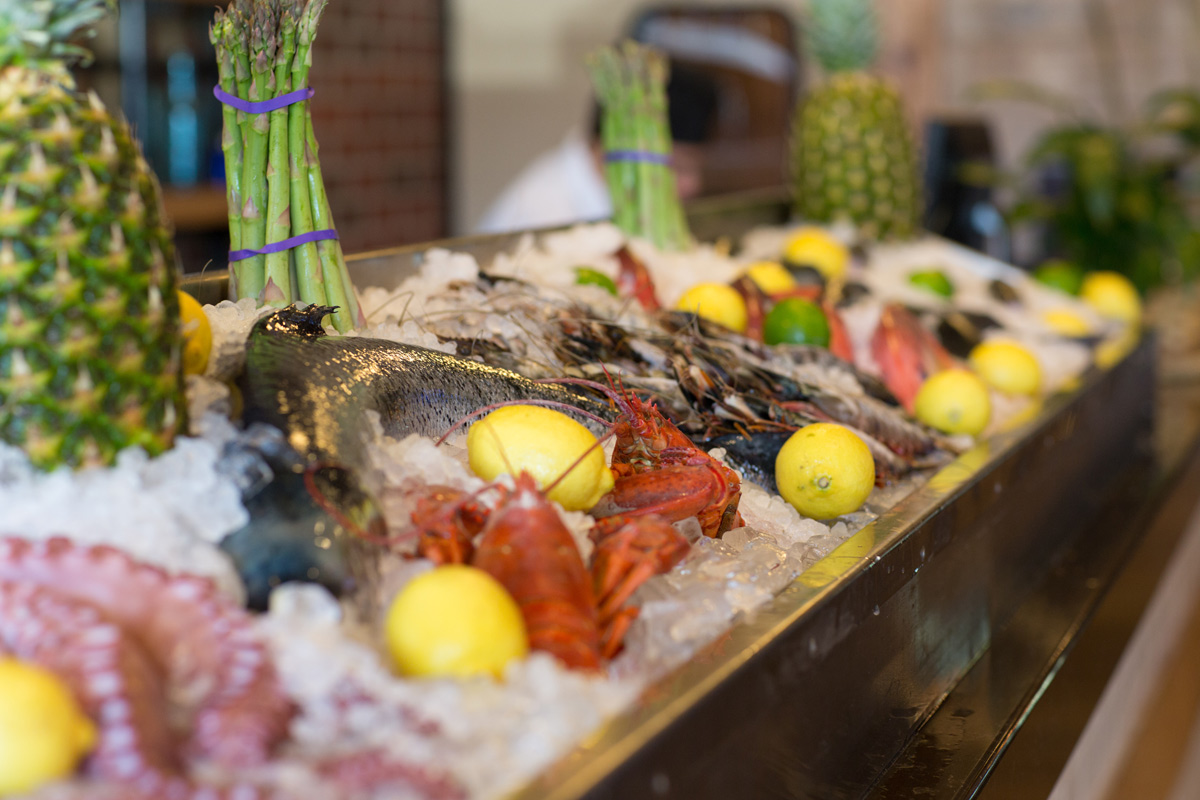 At Blu Pointe we believe that it takes very special people to create and maintain our friendly and professional atmosphere. We care about our employees like we want them to care for our guests. Our service is professional, and yet marked by a sincere desire to show our guests how we truly care. Our warm, pleasant, and patient manner creates a feeling of respect and understanding. Each guest should be welcomed as if they are guest in our homes.

Most of our current team is completely homegrown. All of our managers have climbed their way to the top and possess a complete understanding of what it takes to get the job done. We feel that we offer the best of both worlds in our business. We provide the back bone of corporate structure along with the passion and heart of a family run operation. We encourage creativity and growth while offering guidance and education towards understanding how we can remain successful together as a team.

The success of our restaurant depends on how well we build our team. We have created a progressive style of employee development that promotes individual success at a pace that works best for each employee. We hire all new employees into the entry level roles in the restaurant. This allows the employee to build confidence and become quickly acclimated with our general food, beverage and service programs.

We take pride in developing our staff by encouraging their growth towards the position in the restaurant they most desire. Each job in the kitchen and dining room requires specific knowledge and abilities in order to provide the service and hospitality our guests expect from our restaurant. All employees participate in our extensive training programs. Our trainers are considered our exemplary employees and have been certified to train for each position. We spend a considerable amount of time educating our trainers to prepare each new employee for success.

Start with us,
Stay with us

We believe there is a direct relationship between employee wellness and long term employment. We have built our benefits package and career programs with the intention of supporting our team members, as much as possible, towards achieving overall wellness in their lifestyles.

Working for today and tomorrow

Helping our employees work towards the future they desire is paramount to us. Bonura Hospitality Group is on the forefront of offering one of the most competitive retirement funds in our industry and country. We offer a 401k investment plan, with company matching, to all qualifying employees after completing the first year of employment. Currently less than 10% of the hospitality industry offers employee 401k matching. 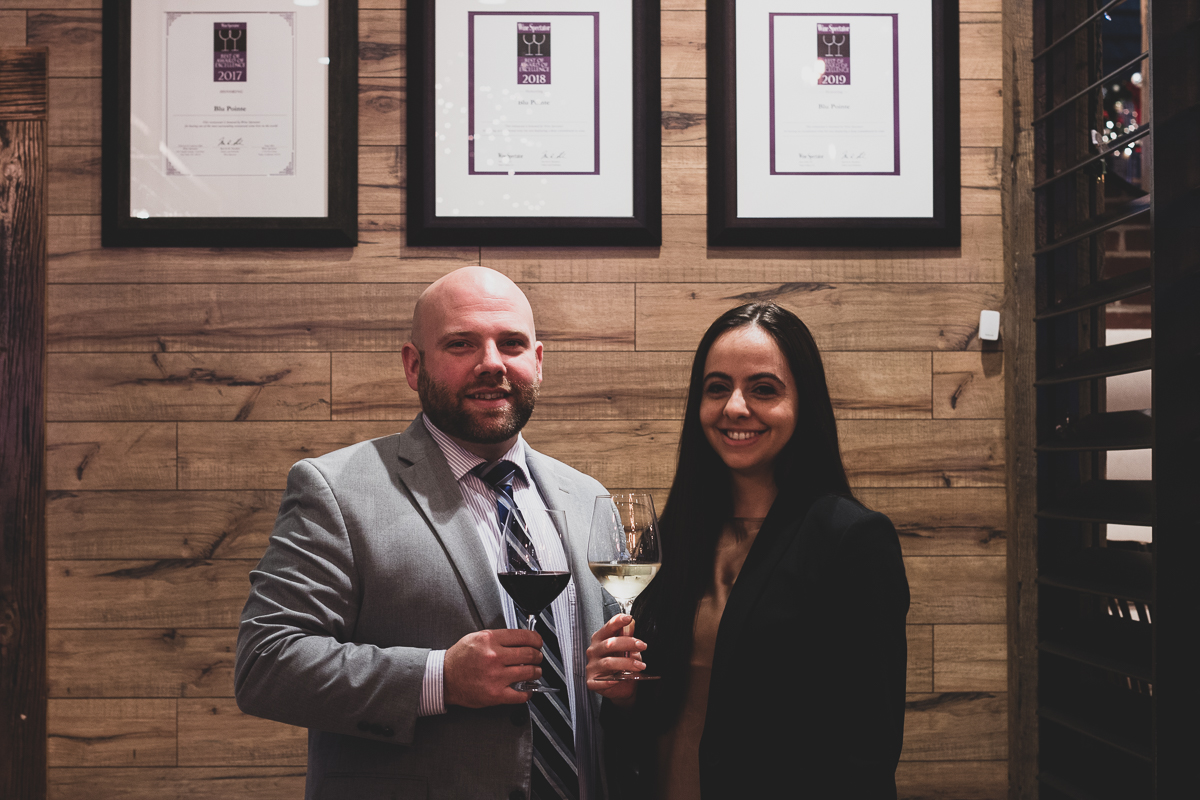 We are made up of a diverse group of professionals collectively devoted to providing impeccable personal service and attention. We are always looking for talented individuals and invite you to join us in creating unique and exceptional experiences for the Hudson Valley.