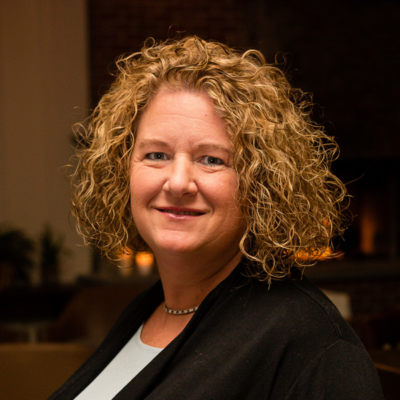 Mary knew at age 5 that her passion lied within the hospitality industry, and she has spent her life cultivating that passion.

Mary learned to love the hospitality industry when her parents opened their first of 6 Perkins Pancake Houses in 1972, which marked the start of what would later become known as the Bonura Hospitality Group. Following that, her family business expanded to include Anthony’s Pier 9, where Mary worked throughout high school and college; she graduated from Newburgh Free Academy in 1984 and Fordham University in 1988. When New York Stewart International Airport opened in 1990, Mary operated the entire food concession until 2004. In partnership with her family, Mary helped open The Grandview in Poughkeepsie in 2006 and Shadows on the Hudson in 2007. In 2015, Blu Pointe opened in Newburgh with high-quality ingredients, prime meat and market-fresh seafood. Mary has been a key contributor at Blu Pointe since its inception. She is striving to create an unparalleled elegant waterfront establishment at Blu Pointe. Mary was by her parents side in 1972 when they opened Perkins, and nearly 50 years later, she is still dedicated to fulfilling her childhood passion: Serving alongside her family to provide a seamless and enjoyable experience to all of those who dine or celebrate with the Bonura Hospitality Group.

All of these accolades mean the world to Mary, but her favorite title of all is that of mother and grandmother to 3 wonderful children and one granddaughter who is the light of her life.