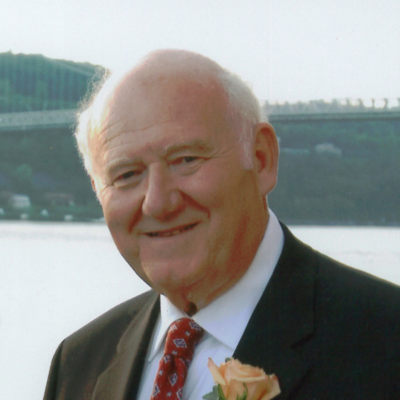 Joe and Mary Bonura are well known for catering to the needs of the Hudson Valley through their restaurant and hospitality endeavors. Spanning the Hudson River, they have been involved in the food service and hospitality business for over forty years. It all began in 1971 when Joe and Mary opened their first restaurant, a Perkins Pancake House in Newburgh. Five more Perkins and a Mr. B.’s Steakhouse later came their most notable venture to that point, Anthony’s Pier 9. In 1994, along with the late Cosimo DiBrizzi, Joe purchased the failing Radisson Hotel in downtown Poughkeepsie. They transformed it into today’s flourishing Poughkeepsie Grand Hotel. Their partnership continued with the establishment of Torches on the Hudson on the Newburgh waterfront in 2001.

In 1996, Joe shifted his focus to the neglected Poughkeepsie waterfront. It wasn’t until 2001, after five years, three separate sets of proposals and countless hours of work for Joe and his sons, Joe Jr. and Michael, that the City of Poughkeepsie chose them to head the redevelopment of its waterfront. In September 2006, The Grandview opened its doors. Shadows on the Hudson followed suit in January 2007. These two successful ventures are just the beginning of the Bonura family’s plan to fully revitalize the Poughkeepsie waterfront.

Waterfront development continued in Newburgh when, along with the Kaplan Family, Joe opened Billy Joe’s Ribworks in January 2011. In March 2012, along with his children, Joe purchased the storm-ravaged Orange County Golf Club which has now been fully transformed into the flourishing West Hills Country Club. Joe’s restaurant development portfolio came full-circle in early 2013 when he opened Bonura’s Little Sicily on the site of his first Perkins Pancake House in Newburgh.

Joe and Mary Bonura are dedicated to providing the highest quality hospitality and food service to those in the Hudson Valley. Whether it’s dinner for two or a party for six hundred, they seek excellence.

Their quest actually began in 1958, when Joe met Mary on the school bus. It was ‘love at first sight.’ Their thriving marriage of nearly fifty years is a testament to that fact. Fordham University and an Accounting Degree soon followed for Joe. While Joe was out building his businesses, Mary was at Perkins greeting customers or in the office overseeing the finances. They made a perfect team. They are proud parents of Mary Caster, Joe Bonura Jr., and Michael Bonura, proud grandparents of Jackilyn, Joseph, Jenna, Isabella, Michael Jr., Matthew, Vienna, and Maylana, and great grandparents of Amelia.

Now Joe enjoys his hobby as a self-proclaimed gopher – procuring the specialty supplies and ingredients to make the creative ideas that his children come up with come to fruition. Mary has since retired from the family business to spend her days doing family business – caring for her grandchildren on a nearly daily basis.

Joe and Mary’s community service and accolades are too numerous to list, but a few highlights include Joe’s being named businessman of the year by the Poughkeepsie Journal and Mount Saint Mary’s College naming a leadership award in his honor. Mary has been a community volunteer for decades with current director seats on the boards of Hospice of Orange and Sullivan Counties and the Miles of Hope Breast Cancer Foundation.

Our dock is open for the season